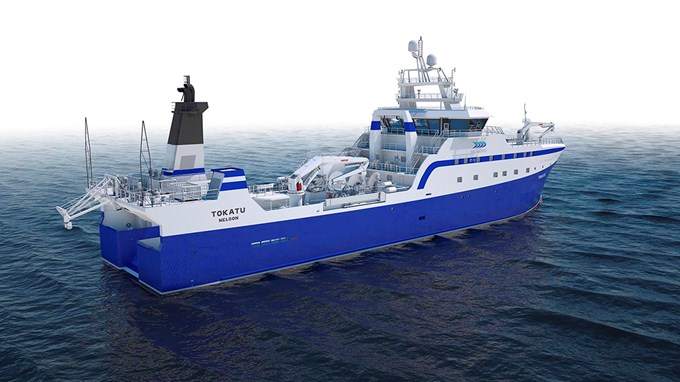 Trawling for fish presents some of the most challenging marine conditions for both crew and equipment. Rough seas, extreme temperatures and significant towing forces are just a few elements that trawlers face. MacGregor products are designed to meet them all and ensure safe, sustainable, efficient operations for crew and vessel.

Trawlers use funnel or cone-shaped trawl nets to catch fish. These are towed behind the vessel, catching and storing the fish in the back of the net, called the ‘codend’. Trawling is an active fishing method. The mesh size of the net is dependent on the type of fish being caught, but typically the net has a larger mesh size near the opening than in the codend. This is because the main goal of the opening is to guide the fish towards the end.

MacGregor supplies world-leading fish handling systems and equipment for trawlers. For example, our towing pins are used for the critical job of guiding and separating warp lines during operations. MacGregor ice davits can also be used to prevent warp lines from being damaged by ice.

MacGregor systems and stand-alone equipment, including deck cranes, are manufactured in a variety of sizes and supplied fully-adapted to suit an individual vessel’s needs. Our lengthy experience and proven performance in the industry enables us to deliver solutions that not only meet an owner’s requirements but also withstand the conditions that vessels operate in.