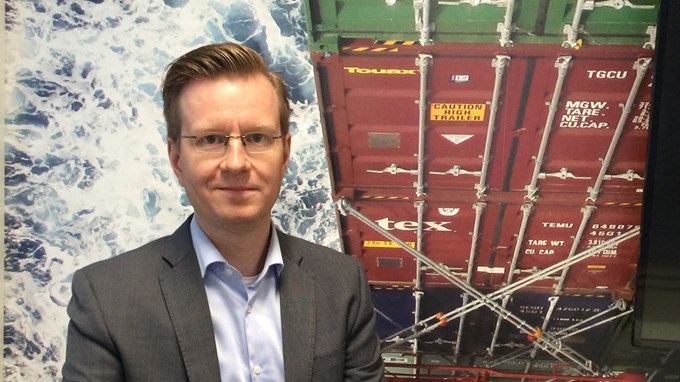 A container ship’s capacity is measured by the number of its container slots. However, slots can be available, but unsuitable for use because they may not match the available mix of container sizes and weights. Therefore the cargo system is not efficient or flexible enough, but there are ways to improve the situation.

In 2015, MacGregor officially launched its MacGregor PlusPartner concept, a forward-thinking approach to ship design that considers all components of the cargo handling system as a whole.

For existing ships, MacGregor offers Cargo Boosts, which re-think the cargo system so that it can be used to its maximum capacity on specific routes. The process starts by studying the ship’s cargo system with the customer and reviewing it against anticipated routes and cargoes.

MacGregor is able to capitalise on new lashing rules by accurately calculating a ship’s route-specific cargo arrangements; a good reason why operators should consider cargo system efficiency if the vessel is redeployed

Since 2013, lashing rules changed to consider route-specific lashing. This allows ship operators to carry heavier containers higher in the stack if operating in calmer waters and provides a greater number of stowage options.

“MacGregor is able to capitalise on this by accurately calculating a ship’s route-specific cargo arrangements,” explains Arto Toivonen, Naval Architect, Container Ships, MacGregor. “This is a good reason why an operator should reconsider cargo system efficiency if the vessel is redeployed.”

MacGregor commonly looks to make improvements in under-performing cargo handling systems in the following areas: cargo securing manuals; calculations based on route-specific rules; maximising capacity by increasing stack weights (either by re-calculating according to latest rules or through engineering solutions); lashing arrangements; mixed stowage opportunities; and adaptations to lashing bridges.

An empty slot is wasted money

Tough markets and changing requirements dictate that operators should regularly check to see if their containerships are as productive as they can possibly be; no opportunities should be missed