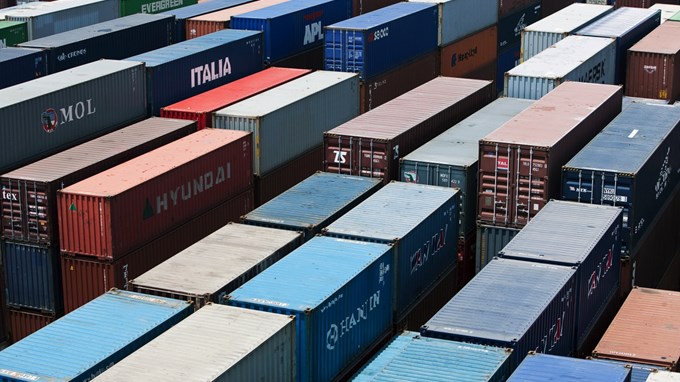 MacGregor makes the case for recognising the increasing gap between theoretical and actual cargo capacity, and explains the dangers of failing to do so; it also offers solutions to the industry.

How big is your new container ship? Perhaps not quite as big as you think, suggests Ari Viitanen, Director, MacGregor Customer Solutions, at least not in terms of its cargo carrying capabilities.

There are a number of reasons for this: at a basic level, these include hull design, while operational factors such as draft limitations come into play on some routes. A vessel may suffer from a sub-optimised cargo system: for example, if permitted forces would be exceeded in one part of the cargo system, this limits the amount of cargo that can be carried, even though other parts of the system could take it. This represents an economically damaging weak link, preventing full exploitation of the vessel’s theoretical maximum capacity.

MacGregor aims to support its customers in the provision of fully optimised systems that close the gap between nominal and actual capacity. “This is a difficult issue, with many diverse elements, some of them interacting in complex ways,” Mr Viitanen says. “For example, we have to consider a vessel’s hull form, its cargo profile, its expected routes and associated draft and port limitations, bending moments, shear forces, stability, deck arrangements and much more”. “At MacGregor, we are continuing our investigations into what we can do to close the utilisation rate gap. Although this is an ongoing process, we already have the market-leading understanding of these issues and we use this knowledge to produce realistic technical solutions. “Our aim is twofold: we seek to make the theoretical curve of capacity against vessel size steeper, and we seek to make the actual curve follow the theoretical curve as closely as possible.”

MacGregor’s involvement does not stop there. Once the cargo system is in use, MacGregor monitors its performance to ensure that the owner achieves the anticipated revenue. If there is a disparity, MacGregor will develop fine-tuning solutions. And if the vessel’s trading pattern changes significantly, MacGregor will have the tools to re-calculate and advise how to re-establish an optimal cargo system.

In addition to poor vessel performance, this disparity has also been having a detrimental impact on system design, explains Mr Viitanen. “In container shipping, a basic KPI is cost/TEU/nautical mile. However, until now, in newbuilding studies and designs, only the nominal figure has been used as the TEU element of this indicator; this has a distorting effect, suggesting that the performance is better than what is really achieved.

“The number of operational payload TEUs should be measured to get the proper picture of the ship’s cargo system capability,” he says. “Measuring nominal capacities does not measure payload and does not help revenue.

“We care about this because the failure to correctly measure cargo system efficiency prevents the industry from seeing the real picture. Using a defective baseline is a serious barrier to effective system development; this, in turn, prevents shipowners from getting the full benefit of an efficient cargo system. As an integral part of the industry, we think this is wrong and we are doing our utmost to address the problem.”

Many different techniques, processes, products and tools are used in combination to push actual TEU capacity as close as possible to the planned maximum. Some of these may look very simple; a case in point is the A-class lash-ing bar. At the other end of the spectrum, the Consort Container Ship Operational Rate Estimation Tool, developed in conjunction with Safety@Sea Glasgow, is a complex simulation program designed to estimate a container ship’s cargo capacity based on its cargo profile.

For the operating shipowner who sees the value of making the necessary additional investment to optimise a vessel’s cargo capacity, the practice of considering theoretical rather than actual TEU values has a final sting in the tail. “While the productivity gap can be bridged with a flexible cargo system, the owner who operates his own vessels can find it difficult to get the full investment benefit from a shipping alliance, because alliance contracts are based on nominal capacity instead of actual,” Mr Viitanen explains.

“With regard to the owner who chooses to charter his vessels out, MacGregor thinks that if the higher actual maximum capacity can be proven, the owner’s investment should be reflected in the charter rates. As part of our research, we want to learn more about how charterers select ships, how the routes are decided, how the value chains work and how the contracts are made. We have committed ourselves to improving our customers’ businesses and helping them get the full value from their investments.”

Closing the capacity gap
Read the article as pdf